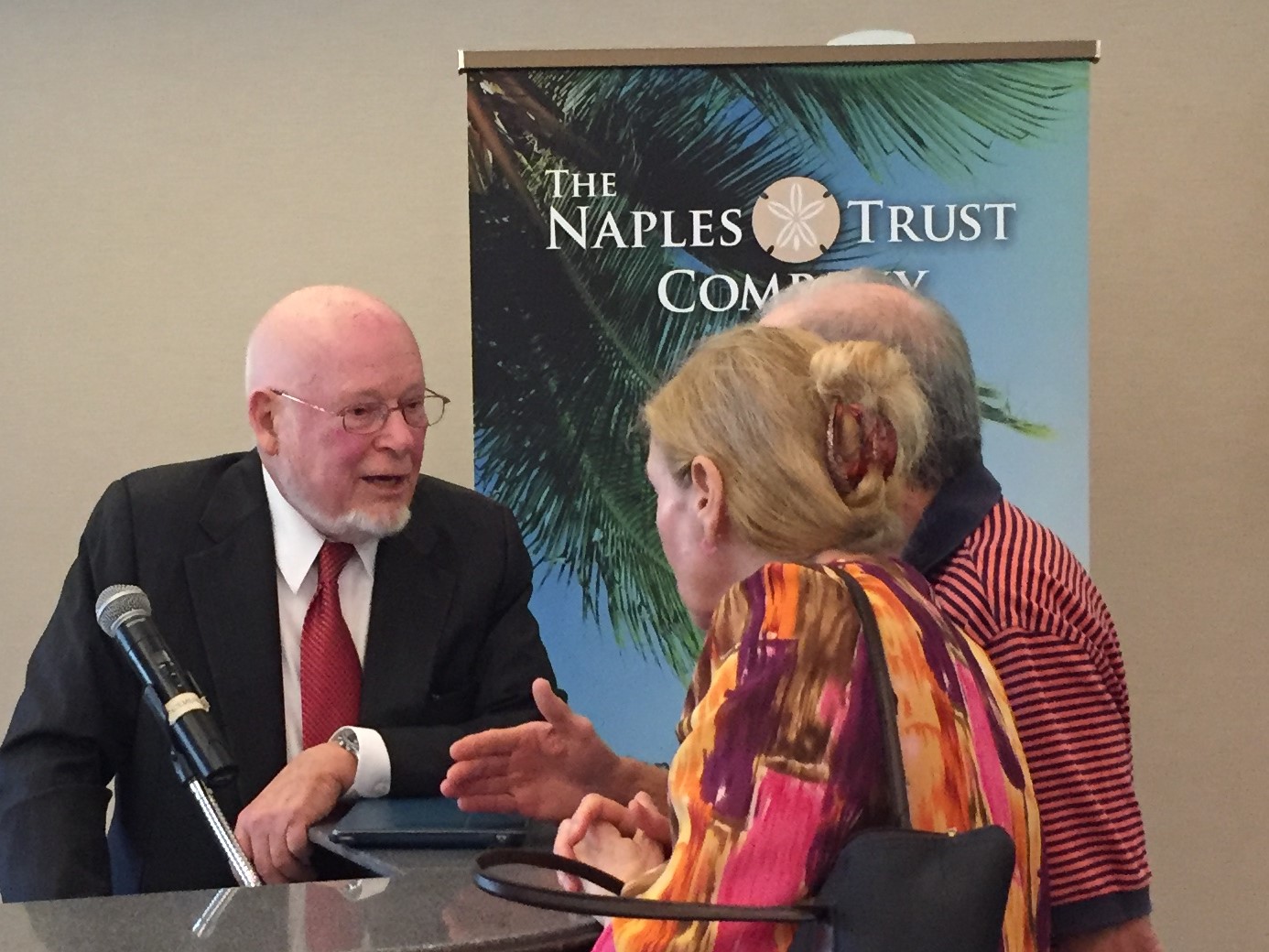 Col. Rusty Troth (Ret.) was a featured speaker during The Naples Trust Company 2018 Speaker Series with a program entitled, “Making Sense of the Middle East.” Col. Troth is a long-time student of Middle Eastern cultures with a robust knowledge of the Shia and Sunni communities, which was the primary content of this particular lecture to over 80 guests at Wyndemere Country Club. But, the facts and observations he shared covered a broader spectrum of information regarding multiple Islamic cultures throughout the Middle East and their vast lifestyle practices and religious differences from one region to the next, making it challenging for the West to settle differences with one solution.

Col. Troth’s background is conducive to knowledge gathering on world cultures. He graduated from MIT in Electrical Engineering and the University of Wisconsin-Madison in Political Science and Russian Studies. He retired from the U.S. Army following 30 years of active duty, primarily as an intelligence analyst, manager, and trainer. He also resided for 12 years in western Europe and southeast Asia. Locally, Col. Troth is active with The Naples Council on World Affairs with a mission to educate the Naples community in international affairs and critical global issues.