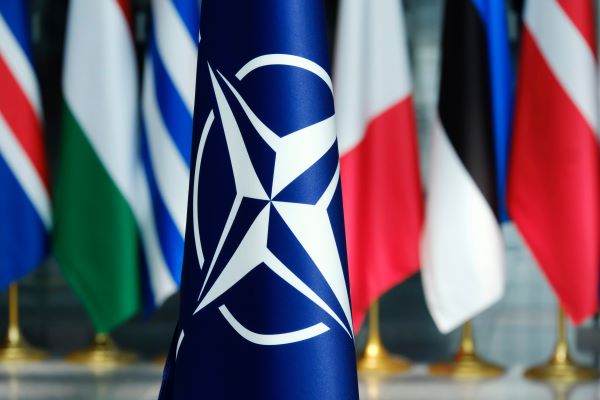 Much has transpired across the world during the first few months of the new year. Just as global economies were moving towards normalcy as the Omicron variant began to fade, geopolitics took center stage. Russia invaded Ukraine on Feb. 24, creating a humanitarian crisis on a scale not seen in Europe since World War II. The war has caused several hundred global corporations to withdraw from Russia. NATO members have imposed significant economic sanctions against Russia, exacerbating inflationary concerns, particularly across energy and grain markets where Russia is a key contributor. This turmoil has certainly impacted volatility across capital markets, which is likely to continue until a peaceful solution is established.

Geopolitics aside, we entered 2022 with other economic concerns already at the fore. Year-over-year inflation readings were at a 40-year high before the Russia/Ukraine conflict began. To combat inflationary pressure, the Federal Reserve Board has been tapering its bond purchases for several months, while signaling that interest-rate increases would follow. On March 16, the Fed raised the Federal Funds rate for the first time since the beginning of the COVID pandemic. Additionally, much of the fiscal stimulus discussed by Congress last year has been sidelined due to inflationary concerns expressed by both political parties. More restrictive (less accommodative) monetary and fiscal policies are designed to reduce the pace of price increases and the corresponding erosion of purchasing power. To be clear, most economists believe inflation of approximately 2% per year is both sustainable and healthy for our economy. However, most economists also believe that our current level of inflation (7%-8%) is damaging – particularly to lower-income consumers.

The Fed certainly has the tools to curb inflation. A steady increase in the Federal Funds rate is one such tool. Following the most recent Fed meeting, we expect another six rate increases between this year and next. Interestingly, the rest of the Treasury yield curve began adjusting to the likelihood of higher rates months ago. Longer-term interest rates have already risen substantially, and corresponding bond prices have fallen. If the Fed decides to be even more aggressive, it can sell fixed-income assets from its own balance sheet, which would also depress bond prices, increase yields, and dampen lending markets and inflationary pressures. A successful tightening cycle will be characterized by higher interest rates, lower inflation, and sustained consumer spending and economic growth. The correct mix, scale, and timing of Fed policy decisions is key to this success and is a hotly debated topic among economists for good reason.

Despite the above-mentioned risks, there is much to be optimistic about. Although stock markets tend to be more volatile when interest rate policy is changing, stocks tend to perform rather well when interest rates are rising, as investors initially view rising rates as symptoms of a healthy economy. However, valuation certainly matters more when rates are rising, which is why it’s important to be a discriminate investor. Despite the near-term risks presented by inflation and geopolitical conflict, our economy remains healthy overall. While we continue to believe that value/dividend-paying companies offer slightly better forward return prospects than many of their growth counterparts, a mix of both is important in a well-rounded portfolio. For clients desiring fixed income (bonds) to reduce risk, we continue to favor high-quality shorter maturity bonds as interest rates move higher. As always, our focus will remain on sourcing and managing high-quality investments for our clients, with valuation being at the forefront of investment decision making.

LEGAL, INVESTMENT AND TAX NOTICE: This information is not intended to be and should not be treated as legal advice, investment advice or tax advice. Readers, including professionals, should under no circumstances rely upon this information as a substitute for their own research or for obtaining specific legal or tax advice from their own counsel. Not FDIC Insured | No Guarantee | May Lose Value
IRS CIRCULAR 230 NOTICE: To the extent that this message or any attachment concerns tax matters, it is not intended to be used and cannot be used by a taxpayer for the purpose of avoiding penalties that may be imposed by law.