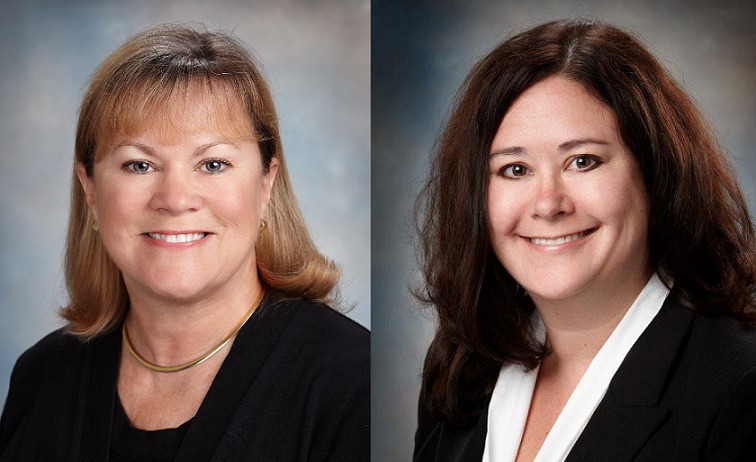 Phyllis Gibson and Kristi Lane have each been promoted to Vice President on the Client Services and Trust Administration Team at The Sanibel Captiva Trust Company. Gibson has over 20 years of experience in the investment industry, having worked for several major brokerage firms including Legg Mason Wood Walker and Morgan Stanley as branch operations manager, before joining Sungard Data Systems as their conversion support leader. Gibson moved to Captiva in 1991 having served on the boards of the Captiva Civic Association, the Captiva Hurricane Committee, as board secretary of the Captiva Island Yacht Club and Commissioner of the Captiva Fire Control District. Currently, she is on the board of the Bailey-Matthew’s National Shell Museum.

Kristi Lane provides personalized relationship management services to individuals, families and business clients of The Sanibel Captiva Trust Company. She holds a BS from Hodges University with a focus in business, and is also a graduate of the Florida Bankers Association School of Trust and Wealth Management. Prior to joining The Trust Company operations team in 2013, Lane worked in information technology and real estate. She is a long-time Lee County resident, having originally moved to Sanibel in 2003 and served as a volunteer in Lee Memorial Health Park’s Emergency Room.

“Phyllis and Kristi have provided our clients with exceptional care, while meticulously executing on their account relationships,” said Al Hanser, Founder and Chairman of The Trust Company. “We owe much of our success to such dedicated team members.”